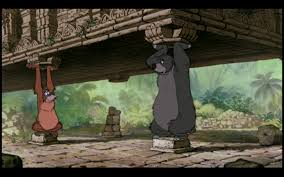 A friend of mine recently told me that the artificial Brussels construct – of the EU institutions by day and the polite socialising by night – makes for relatively boring fayre, replete with platitudes, when compared to the bonhomie enjoyed with educated peers from his native Portugal. The air of society in the bubble feels cold and impersonal (emails to known individuals open with the frenchified ‘Dear colleague’). That suits me fine. After the chaos of my latter London years it gave me an opportunity to start something new.

Global capitalism may make the EU necessary, but not sufficient. It’s deficient because it was and remains a technocratic confection, the brainchild of several brilliant and progressive post war visionaries, determined to avoid another man-made catastrophe. Democracy, in the sense of direct accountability through an elected transborder parliament, was an afterthought. Now, as the wannabe superstate totters from crisis to crisis, the parliament provides a veneer of post hoc legitimation for the whole project, but it has little chance of placating a grumpy and pessimistic electorate. In the same way the laws that are churned out seem to lack a sense of (can I say this?) organic conviction – there are so many checks and balances that the solutions are at best beautiful compromises, fleeting like the seasons.

Take the latest capitulation to France and Italy for their unapologetic flouting of the fiscal rules which they themselves had foisted on Greece, Ireland and Portugal a few years ago. Une Europe solidaire? Chutzpah evident in, for example, Michel Sapin’s breathtaking pronouncement last month that ‘No further effort will be demanded of the French’, carried distant echoes of the Sun King and his successors. Such episodes make it easy to conceive of the EU as a bastard offspring of the French polity, perpetually condemned to pleading for its inheritance.

The compromise machine will no doubt also find a way to accommodate a truculent majority Tory UK government post-2015, for all the ostensible trench-digging about intra-EU immigration, a.k.a. the free movement of labour, a.k.a. a founding principle of neo-liberal capitalism. Britain owes its historic prosperity to this same right, arrogated to itself by its ruling class and merchants while they were hoovering up the land and resources of the empire. These were rights denied to colonials, and only reluctantly and slowly ceded when large numbers moved in from India and the Caribbean. It is not expedient for Farage, Cameron and Johnson to engage with this facet of Great British History. Anti-immigration is too useful a tactic for deflecting anger at political ineptitude and cowardice onto the least enfranchised members of society.

In the eye of the storm, meanwhile, boredom reigns largely unperturbed. I don’t know whether this is a good thing.