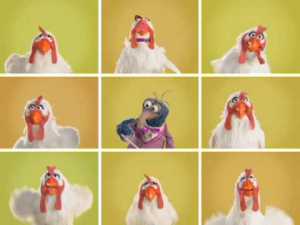 Meat’s supply chain was already gruesome, but the Guardian’s special report last night plumbed its disease-ridden depths. The laggard fringes of civilisation are commonly situated where people still resort to violence to settle their differences, such as the attritional civil wars in Syria and southern Sudan, or the tit-for-much-larger-tat exchanged between Hamas and Israel. Where humans are not systematically terrorising, maiming and exterminating each other say, in Europe and the United States, a degree of enlightened peace is assumed to obtain. But these societies are still predicated on violence on industrial scales towards other species, because of the market’s obsession with limitless quantities of cheap meat.

Somehow it is the hapless chicken that has been drawn into this vortex more comprehensively than any other species. Other animals may get a let-off thanks to the prevailing mores. Big religions have elevated certain animals to sacral status or denigrated them as untouchable. Domesticated fowl have become the easiest, least objectionable game of all. Billions of deformed broiler chickens reared for six weeks sat in their own shite before being loaded, at the rate of 12,000 an hour, head down onto conveyor chains to be electrocuted, garotted and eviscerated by robots. So it was that in a previous incarnation I would cycle the proto-Essex thoroughfares of the London boroughs of Newham and Redbridge, corridors lined with innumerable identikit mock-ups of the kentucky fried chicken offering buckets of wings for £2.50. Such is mankind’s tribute to this sorry beast.

It would be nice to impose a total ban on breeding, distribution and retail of chickens altogether, similar to the prohibition on drugs. Overnight the intensive chicken farms would be closed down, the birds left to hobble out and make their way into the world, though of course they wouldn’t last long. For a time people would be at liberty to able to grab one, ring its neck, pluck its feathers and leave it to simmer in a casserole. It might instil a little more respect in people for the food that fills their bellies.

The state of the poultry industry does not make me want to turn vegetarian, it makes me ashamed to be a human.