It’s just a shame it’s in Belgium, really.But then you figure if it wasn’t in Belgium,if it was somewhere good,there’d be too many people coming to see it.It would spoil the whole thing

On Sunday night we watched In Bruges, an amusing, slightly saccharine, a bit spoiled by overcooked anti-americanism and stylisation of pretty Flemish girls with an improbable command of colloquial English. The star turn is Ralph Fiennes’ anguished ramrod Mr Big character, Harry Waters. His facial expression, while listening to Ken unpack his personality over a beer among the Christmas lights in Grote Markt (“Harry, let’s face it, I’m not being funny and I mean no disrespect, but you’re a cunt. You’re a cunt now, and you’ve always been a cunt. And the only thing that’s going to change is that you’re going to be an even bigger cunt”), a masterful study of a powerful individual incapable of self-reflection (rather like the Old Testament Yahweh, according to Carl Jung). Bruges looks sensational, dotted with multiple scenes of beer-sipping with the light playing on the rims of voluptuous glasses in wood-panelled taverns and on cobbled streets surrounded by steep gables and filigree arches.

It occurred to me replaying the plot in my head last night that the three central protagonists conform perfectly to Freud’s three-part psychic apparatus of Id, Ego and Superego. Id (Ray), in the act of committing the apparently venal sin of assassinating a priest in the confessional, inadvertently committed the cardinal sin of shooting a little boy in penitential prayer. Superego (Harry) tells Ego (Ken) to kill Id in remission for his sin, it being Ken’s responsibility for introducing Ray to the organisation. Ego out of compassion for Id defies Superego, and then invites him to shoot him at the top of the Belfry. Superego cannot bring himself to do this so instead wounds Ego, who then sacrifices himself to save Id by throwing himself from the tower in a spectacular bid to furnish Id with a gun to protect himself. Superego goes after Id and almost destroys him but ends up destroying himself when he discovers that he now also has accidentally shot someone he believes to be a school boy (though we know it’s the midget actor his film set). ‘You’ve got to stick to your principles,’ he says, before pressing the end of the pistol against the roof of his own mouth. 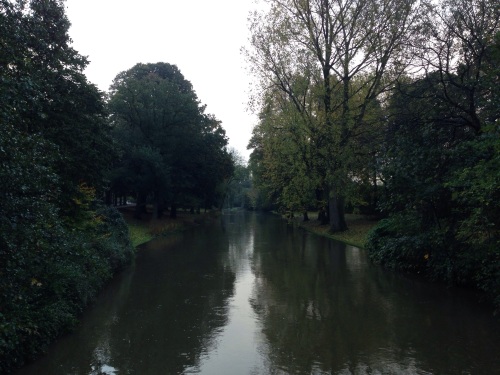