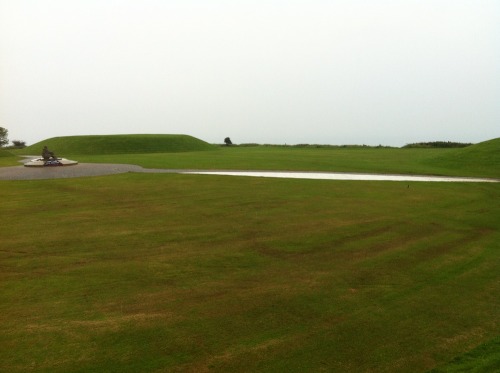 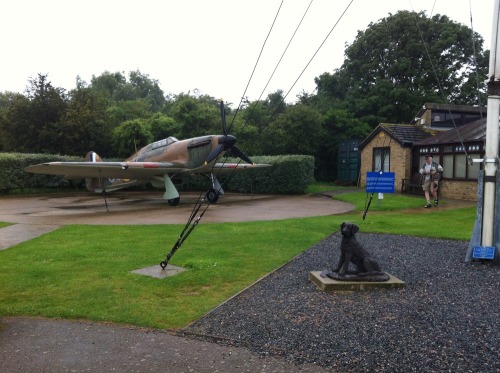 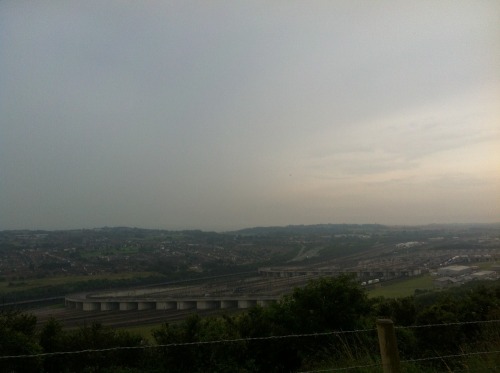 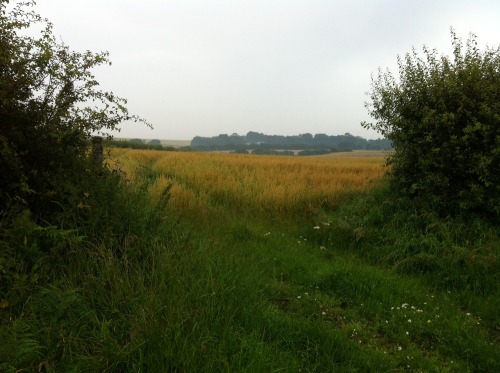 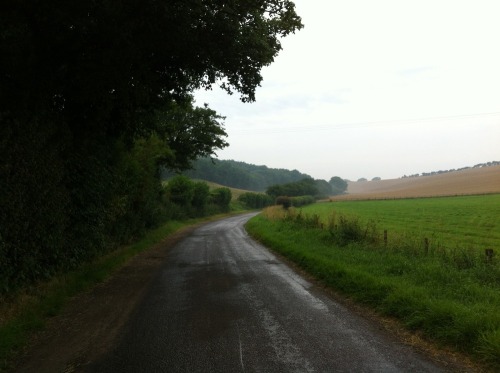 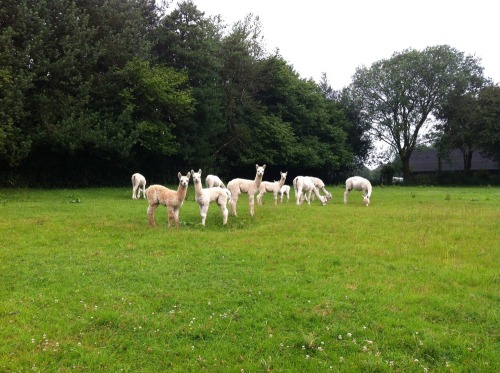 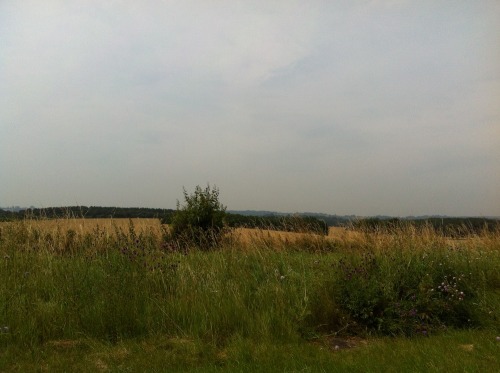 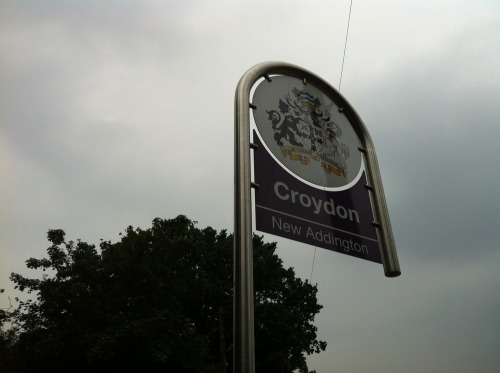 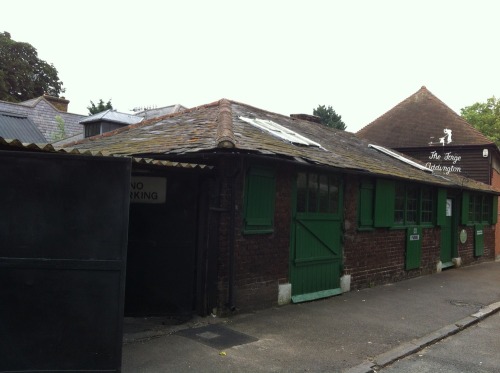 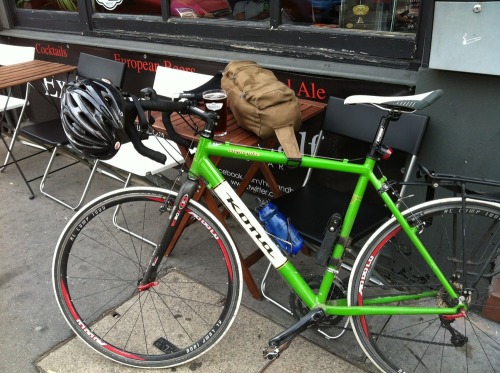 The air was moist over the Kentish coast, steady drizzle, warm and overcast. I set off at 7.45 with only 75 miles to Croydon today, though my wayward navigation would make it a bit longer. The road to Folkestone climbs steeply through a green gap in North Downs. I stopped off to wander around the Battle of Britain memorial, which was raging in the skies above 72 years ago. A narrow country road along the ridge swept in views of the harbour, the entrance to the Channel Tunnel, lush countryside swollen from weeks of endless rainfall. Deeply peaceful; chirruping meadow pipits, a field of novelty llamas.

After 45 minutes of disoriented wayfaring in and out of damp dells, I found the Ashford Road and chugged into the town for breakfast. The suburban approaches invited you to get fake tans, tattoos, and colonic hydrotherapy. You don’t want to visit the county towns of England anymore. Identikit parades of chain stores, if you’re lucky a well—preserved coaching inn. I decided to support a local business and ordered a cappuccino in Starbucks.

The 20 miles or so to Maidstone along the A20 was lined with red poppies and purple spear thistle, and beyond undulating pastureland, golden fields of wheat. The miles scrolled away effortlessly. Dropping down into the Medway valley, drab Maidstone fell towards the river. In Maidstone they speak unmistakable Estuary English, and with around 30 miles to go I was inside the periphery of the Great Wen. I ploughed on a bit further to the West Malling and the Bull Inn. I had hoped for lunch, but nothing doing in the kitchen. I had a pint of Goachers Fine Light Ale, and two packets of pretzels. I had learned my lesson from yesterday, downsizing in beer strength from 10.5% yesterday to 3.7% ABV, and having maxed out on dried fruits my guts were hardly yearning for sustenance.

Throughout Kent there are hamlets of soft pastel stone cottages and farmhouses and crooked lanes, sleepy but not devoid of life like over the water in Flanders. I weaved a desultory pattern in search of the A25, the old Godstone Road on the edge of the Weald. Parallel to the Pilgrims Way atop the North Downs, with sumptuous meadows in the foreground.

I was now aware of rawness in my nether junctions. The cloud cover had thinned out during the day, my limbs were stinky and gluey, and I was also running out of water. A sleek lycra-clad cyclist breezed past me at the foot of the daunting ascent of the Downs and towards Biggin Hill. (When I was at school, in the same Kentish liminality of Greater London, one of my classmates tried to convince that Biggin Hill was ‘the tallest hill to Russia’. What he meant was that if you drew a straight line east, you wouldn’t find a higher point before Russia.) It was heaving gradient.

After the aerodrome (no perceptible antics preparatory to the Olympic ceremony flyover in a few hours), the road to Croydon tumbles briefly into a deep green basin. You climb again to be greeted with the shocking, uncanny disc announcing Croydon: New Addington. I hadn’t realised this 1960s urban outcrop was so extensive. Lodge Lane and Gravel Hill, the ghosts of my childhood receding, faint and eerie. The last climb onto the high ground of Croham Hurst, the site of the Neolithic settlement and Celtic round barrows. Gentle freewheeling into High Street Croydon, and a pint of Flying Dog Raging Bitch IPA. I checked in at Dad’s at 5pm. Journey’s end.