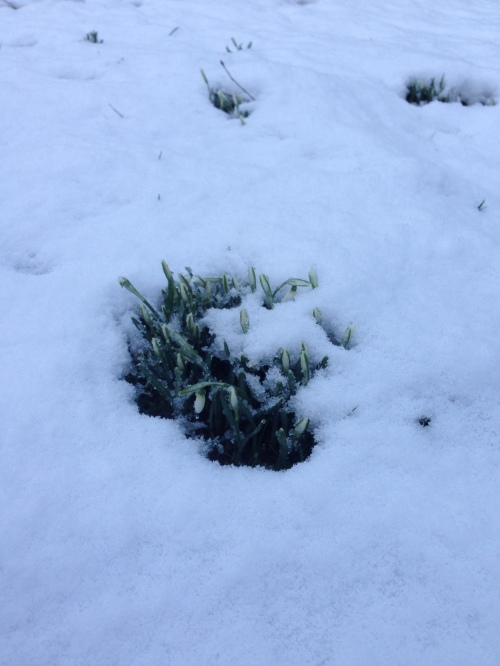 The whispering suspension of supernatural breath

That groans and rustles in the dark

James Kirkup, For the 90th Birthday of Sibelius

Today’s Gospel reading is the wedding of Cana, the traditional first miracle of Christ. In John’s urgent narrative (captured in the incendiary opening bars of Bach’s Passion), already before the scene opens in Chapter Two Jesus had been cosmically situated, been baptised and had assembled his entourage. The boozy nuptials mark the transition from Jesus’ hitherto mundane life, represented by his family, to his short and spectacular roadshow.

Mary approaches Jesus with a remark coy and terse, ‘There is no wine’. Jesus at first reacts like a hoodie who has been tapped on the shoulder after walking past a car with the alarm set off. ‘So what? Nothing to do with me.’

He had a point: If they are already drunk, he reasoned why should I give them more? Anyway I can’t.

But then suddenly he glimpses the abyss. ‘My time has not yet come’.

Wine had made him think of blood, his blood, and the last supper, his last drink of vinegar sucked from a sponge on the cross. This is Christ foreboding, as we see him at the end of the road in the Garden of Gethsemane, albeit played with less intensity, the sort of comedic premonitions with which Shakespeare laces Henry IV Part I.  Jesus is reluctant to start the journey, knowing where it would lead.

(Or else the episode is just show, a mother goading, teeing up her favourite: Go on my boy, show them what you can do. In that reading the whole thing is a rehearsed display, the opening night. And if he had not performed miracles before, how could Mary be sure that he had one up his sleeve? I suppose she, more than anyone, had witnessed his precocity.)

There is no answer to his rejoinder, his challenges are rhetorical. This briefest of exchanges could even be read as an interior monologue, Jesus’s mother playing cipher, prodding him towards his destiny.

With her son in his reverie, Mary doesn’t try to persuade him. Instead she breaks off and – knowingly, wryly, even wearily – instructs the servants – ‘Do whatever he tells you.’  The master of the feast complements the bridegroom on the vintage drawn unexpectedly from the water jars. The best wine saved till last, miracle wine, a boon, an unwarranted plenty when your needs are modest.

Now full with fire and the spirit, in the next scene Jesus takes up a whip and drives the merchants from the Temple. Off we go.

In our garden, a single heavy fall of snow two nights ago was loosened by occasional rain, but a thick layer has been sustained by the low temperatures, giving it an aerated quality, a satisfying crunchiness under foot. This moment, not the winter solstice, Christmas or New Year’s Day, is the real beginning of the cycle, when the cold seizes the forest and the spring stirrings underground have to be imagined.

Spears of snowdrops, prematurely clustering in their usual dip at the back of the garden, are now themselves covered in snow just as they were beginning to push through their silent white petals. Hesitancy and defiance.